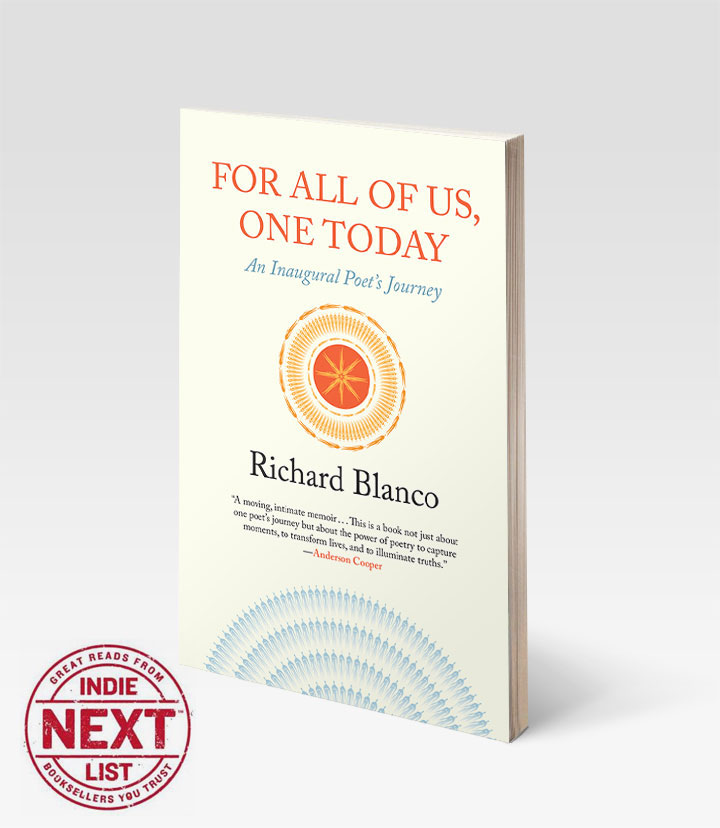 For All of Us, One Today is a fluid, poetic account of Richard Blanco’s life-changing experiences as the inaugural poet in 2013. In this brief and evocative narrative, he shares the story of the call from the White House committee and all the exhilaration and upheaval of the days that followed. For the first time, he reveals the inspiration and challenges—including his experiences as a Latino immigrant and gay man—behind the creation of the inaugural poem, “One Today,” as well as two other poems commissioned for the occasion (“Mother Country” and “What We Know of Country”), published here for the first time ever, alongside translations of all three of those poems into his native Spanish. Finally, Blanco reflects on his new role as a public voice, his vision for poetry’s place in our nation’s consciousness, his spiritual embrace of Americans everywhere, and his renewed understanding of what it means to be an American as a result of the inauguration. Like the inaugural poem itself, For All of Us, One Today speaks to what makes this country and its people great, marking a historic moment of hope and promise in our evolving American landscape.

Available in print, eBook, and audiobook

“Richard Blanco reveals how a poet works—where the words he uses, the images he creates, come from. This is a book not just about one poet’s journey, but about the power of poetry to capture moments, to transform lives, and to illuminate truths.—Anderson Cooper

“This is the story of a poem. But it is our story too. The inaugural poet, Richard Blanco, shows us how ‘to love a country as if you’ve lost one.’ This is a wonderful, wise and incredibly personal book. There is something unique and deeply profound when someone like Richard, born in Cuba, writes about his love—our love—for America. Richard Blanco's journey is America's journey. This great book—a must read—allows us see this country in a completely new and exciting way.—Jorge Ramos, anchor for Noticiero Univision and host of Al Punto

“Richard’s story is at once deeply personal and uniquely, universally American. The specifics of our lives may not be the same, but we all share a relationship with a country that is an ongoing work in progress, and as Richard elegantly reveals through his experiences, what we do defines that work for those who follow. America shapes the people within her, and in return we shape America. This is a portrait of a nation and its people, each working to make the other better.—Anthony D. Romero, executive director of the American Civil Liberties Union 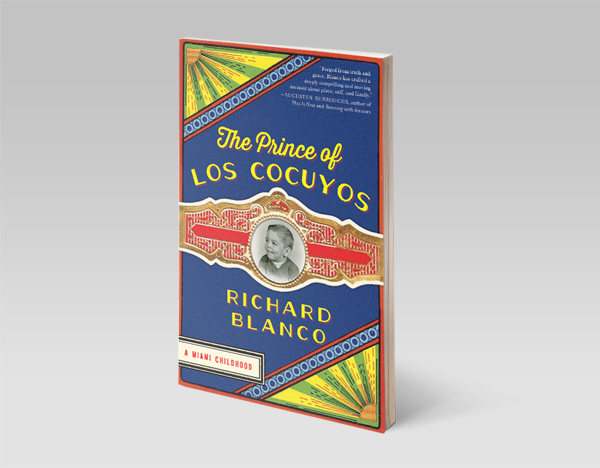 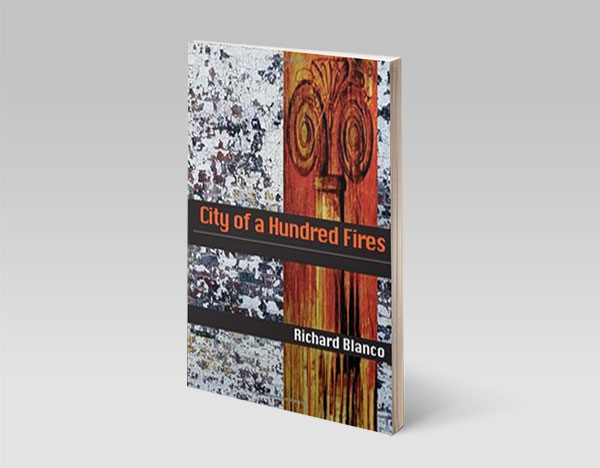